Chamur itself is neither something new nor exotic in the practice of private Bessarabian construction. However, on July 6, the Chamur making in Krynychnoe village became a unique collective work as to its scale and purpose. There were smiling people, joyful music and pleasant fatigue after the hard and fruitful work. Those who failed to come let their emotions out on social media and were envious of villagers of Krynychnoe. The father of the event idea and probably the most avid enthusiastic native of Krynychnoe village, Mr. Victor Kurtiev was one of those people. He expressed his regret at not being able to participate fully in the “great challenge” in his native village. “Sometimes I wish I was omnipresent and could be present in two places at the same time! I could only manage to stay for the morning prayer and for the breakfast with the villagers. But I was getting ready for this important event for more than six months. I’m sorry, but I had to rush to Odessa to meet the candidates from “Slugi naroda” and the Head of the Party, Mr. Dmitry Razumkov. On my way, I reviewed all the live broadcasts on the page of the “Bessarabia Development Center,” and my soul was torn apart by bitterness that I was not with them, and pride that I was one of them!” – Mr. Victor Kurtiev wrote on his SNS page. He also told the backstory of how it all has started.

“On December 15, 2018, after the premiere of the documentary film about Krynychnoe-Chushmely village, we talked about the need for a museum in the village. The old museum has long been in disrepair and is currently closed. We were inspired by the film’s philosophy – the importance of preserving our identity, which is a big proud to us, Bulgarians, like to all peoples of Bessarabia. And we all firmly decided that the next step in our renaissance should be an ethnographic museum.
I proposed an unconventional not modern, but authentic approach of construction with the usage of mudbricks (like the ones our ancestors made)! Of course, the latest technologies will be used – the supporting structure will be the best one and will be able to withstand the test of time. But the most important in this proposal was arranging for “Chamur”, like in old good days. This is an event all villagers are invited to, so each one would make a mudbrick with his own hands!
I’m sure when everyone makes a contribution to the common work, it becomes personal. In this manner the first house of worship in our village, the temple was constructed. I have a big will to build the second one – a museum. When the temple was destroyed, it became a personal tragedy for everyone. I’m sure the museum will be treated with due care!

I love doing the right thing. Building an ethnographic museum is especially the right thing to do. It will be done for our village and for the entire Bessarabia. So without thinking twice I decided to finance this project.

And so the process began. I am thankful to the head of the village, Mr. Stepan Velikov, who undertook the organization of the current work. I provided all means for working I could, including videotaping of the film-chronicle about the beginning of construction“.

Tags
чамур
Next article in the section 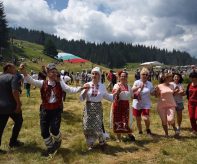 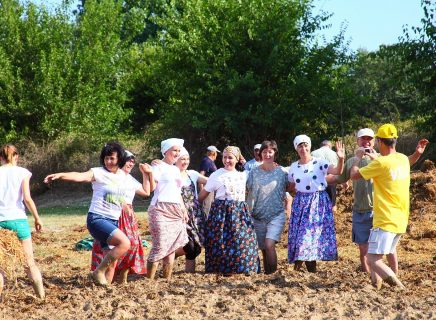