In Krynychnoe village, Bolgrad District, the first meeting of the Organizing Committee on management and construction of a rural historical and ethnographic museum was held. In this museum the priceless artifacts, evidence of the development of the village and information about its inhabitants will be collected”, – Mr. Stepan Velykov, the Head of Krynychnoe village Council reported on the personal page in Facebook.

“I am sure that the citizens of Krynychnoe village will be happy to participate in construction of such an important building. It will be more than an ordinary work – it will be a holiday in the name of the past and future of our village”, – stated Mr, Stepan Velikov. It should be noted that the land for the project was procured by Mr. Victor Kurtiev. The museum will be erected next to the school; right on the place of the old house was located.

The definite date for the voluntary Saturday work is not being informed yet. However, in some hours after posting the news on the social networks, people expressed their readiness for participation in this noble calling and impatience to start working.

Tags
Bessarabia krynychne
Next article in the section 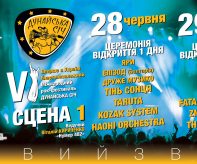