28-29 June, “Danube Sich” Rock Festival which is organized in Izmail for the 6th time will be heard far off since rock music is freedom, energy and self-expression!

It is these concepts that the organizers of the festival meant when naming the festival. This large-scale event is organized by the Public Organization “Bessarabia Development Centre” with the support of the Public Union “”Musical Battalion” Creative Patriotic Association”, Odessa Regional Administration, Ministry of Youth and Sports of Ukraine and the Mayor’s office in Izmail. The president of the festival is Mr. Victor Kurtiev.

Actually, the event which is going to last for 2 days is multicultural one and all guests who will arrive to Izmail will find something interesting. Moreover, the concert program was much changed. This year there will be two main stages: “Main stage” will be on its usual place, next to the monument of the “Danube sailors” and “Stage on the Promenade” – right at the sea port.

The highlight of the Main stage will be SYMPHO ROCK Day, a joint performance of the full National Academic Orchestra of Folk Instruments of Ukraine (NAONI) and several leading rock bands. The headliner of the second day will be the rock band “THE HARDKISS” (a surprise from the PO “Bessarabia Development Center”). The guests from Belarus and Bulgaria will also perform on this stage.

In the vein of the long-term traditions of the historical background of the region, the guests will view the march on the main avenue of Izmail, a 100-metre flag of Ukraine, “Vyshyvanka – free people wearing” Project, the art exhibition, cycling along the downtown, the 90’s night disco, exhibition of technology and armaments, meeting with creators of “Black Cossack” Ukrainian historical fantasy film, quests for the participants of “Jura-Border” all-Ukrainian training and Bessarabian dishes and wine.

When performing in the Ukrainian Danube region, “Musical Batalion” will keep in mind its main goal – to raise the morale of the Ukrainian army. At the end of the event, the festival participants will go upon the road to the military garrisons of UAF – Bolgrad, Reni, Kilia and Vilkovo.

“Danube Sich – 2019” Festival intends to start another ambitious goal. As a result of the mutual efforts of “MUZBAT” PO and the “Bessarabia Development Centre” PO the organizing committee of the oldest rock festival in the region initiates the construction of a modern, fully energy-independent Summer Amphitheatre with 8000 seats in Izmail on the coastal slope of the Danube. The fulfillement of these plans will definitely revive the festival-concert life in the Danube Region.

Tags
Ishmael фестиваль
Next article in the section 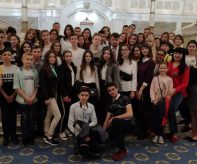 Impression of the excursion to Kiev of a student from Bessarabia
Comments: 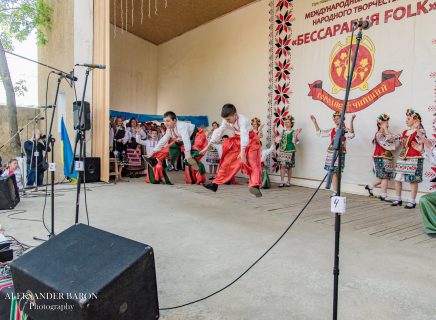