As it was previously reported a delegation of the representatives of the Association of European Border Regions (AEBR), headed by the General Secretary, Mr. Martin Guillermo Ramirez visited Izmail. The meeting was attended by the guests from different corners of Bessarabia and by the representatives of the Romanian side – the Director of the Secretariat of ““Lower Danube” Euroregion” Association, Mrs. Natalia Budescu with the staff thereof.

The “round table” session was opened by Mr. Victor Kurtiev, a co-founder of “Bessarabia Development Centre” Public Organization. Having welcomed the participants, he explained the background of the event. According to his words, the Ukrainian side did not propose any significant projects to be considered by the Association and this was one of the reasons for the current sticky situation.

According to Mr. Victor Kurtiev’s opinion, Bessarabia must just grab a chance and join the new AEBR program, which starts in 2021-2027. The patron from Bessarabia intends to initiate the creation of the “Bessarabia” sub-region within the framework of the “Lower Danube” region, which would give all parties the opportunity to interact directly with the European Commission.

“For the first time in years, we have the consolidated power, a young and honest President. There is support. It is possible to work well” – emphasized Mr. Victor Kurtiev.

In addition to the commercial and infrastructure projects financed by the State, in particular the construction of the roads, there are also challenges that business and the State cannot meet today. One of those challenges is provisioning Bessarabia with quality drinking water; to meet that requirement the billions of dollars of investment are needed. Another challenge is the environment: through the decades of irresponsible plundering of nature, freshwater lakes have been contaminated and salinized, including those lakes which are located in Moldova. It is more convenient to negotiate with them on joint environmental disaster management through cross-border cooperation mechanisms…

To make real all these initiatives we need to analyze everything again, to find new ideas, mechanisms and “human capital”. The basis of the system approach is the creation of a “passport of the region” with detailed description of our needs and potential. These are the first steps in the system work open under the platform which is open to everyone.

The leader of the Information Center of the Association of European Border Regions in Kharkov, Mr. Eduard Syromolot reminded the participants of the “round table” session that the first official document regulating interregional cooperation of local governments is the European Charter for the Development of Cross-Border Cooperation, adopted in 1980 and linked border communities. In terms of the ways to improve the competitiveness of Danube Bessarabia, the importance of involvement of the local governments in organization of joint cross-border initiative was noted. Mr. Syromolot believes that this allows for integration of the local activities into the strategic systems planning. A prerequisite for success is the involvement of social organizations and scientists.

Having welcomed the Bessarabian guests of the “round table”, the Secretary-General of the AEBR, Mr. Martin Guillermo Ramirez expressed his conviction about possibilities for development of Ukraine even in the current difficult time. However, it is necessary to promote the cities executive boards, the private sector and the universities – the pillars on which interregional interaction is based.

Mrs. Kaitriona Mulan, an expert of the Association of Euroregions, told the guests about her homeland at the border of Northern Ireland, the area of long-continued bloodshed. In the 1990s, the European Union experts came to the district and offered their help in creating relationships and cooperation between the warring communities. Since then, in regions far from the capitals constant dialogue and good stable relationships have helped to prevent new wrangles. In Mrs. Mulan’s opinion, the citizens of Bessarabia have to join all projects of the communes. Bessarabia, like neighboring Romania, has its own special needs and having a concerted common policy it is possible to create new opportunities for entrepreneurship, the development of civil society and support of young people in a large region. Mrs. Kaitriona Mulan encourages the concerned citizens to take a broader interest in  their neighbors, to develop sustainable relationships in order to change their lives for the better. The speaker summed up her encouraging statement with the Irish proverb: “Know how to find a path in no-go brushwood”.

During the “round table” the Bessarabia Development Center put forward an initiative of generating the strategy on development of Bessarabia. Even as they spoke the BDC has already made preliminary preparations for all necessary documents. The idea of developing a strategy was supported by one and all. 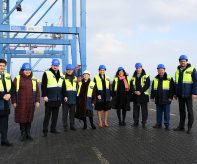 The General Secretary of the Association of European Border Regions in Odessa Seaport
Comments: 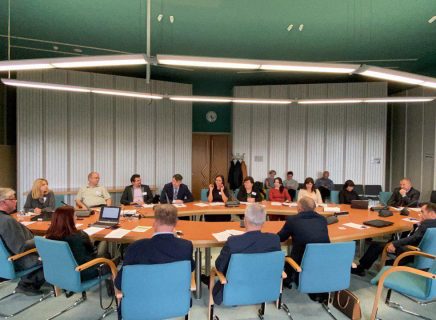 “Bessarabia Development Centre” NGO is at the General Assembly of European Border Regions 30.11.2019