“Imagine a land where different peoples and cultures live in peace and love without borders. They speak different languages but understand each other. They suffer together and celebrate their traditional holidays together. Power changes, but people remain strong and resilient, preserving their identity for centuries! Imagined? Do you think that’s impossible? This place is on this Planet, even more it is in Europe! The name to it is Bessarabia”.

That was the presentation of our region made by the “Bessarabia Development Center” Mr. Victor Kurtiev and the Head of Cultural Programs of the CBR, Mrs. Tatiana Stanieva at the General Assembly of the European Border Regions (AEBR) in Dresden.

After the event, many participants acknowledged that it was, perhaps, the most memorable and emotional presentation they had heard in two days. It should be noted that at the AEBR-2019 Annual Conference the BDC delegation was the only representative of “Lower Danube” European region.

A joint BDC / AEBR Infocenter team toured Berlin-Dresden-Pirna and attended a number of events, including the 48th General Assembly of the European Border Regions, held working meetings with the General Secretary of the AEBR, Mr. Martin Guillemo Ramires, the Chairman of the AEBR Council, Mr. Jenes Gabbe, attended an evening reception organized by the Prime Minister of Saxony,  Mr. Michael Krechmer, held many meetings in a “narrow circle” and, of course, presented Danube Bessarabia and our draft projects in the relevant working group.

Mr. Victor Kurtiev declared: “We have taken the initiative. We intend to initiate a radical restructuring of the existing relations of the Ukrainian euroregions with the AEBR. We have agreed on arrival of the Executive Board of AEBR in the coming months to Ukraine, on holding the relevant meetings with the Prime Minister of Ukraine and the relevant Minister, as well as the AEBR conference in Izmail in 2020”.

Tags
AEBR Bessarabia
Next article in the section 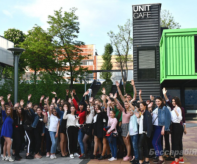 Impressions from the trip to Kiev of talented children of Bessarabia
Comments: 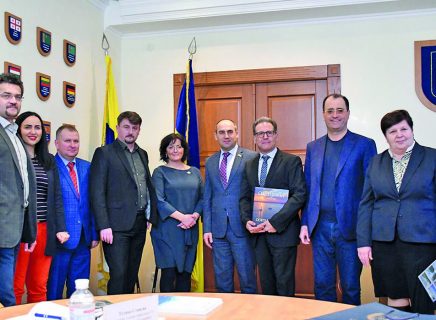