Home • Development • International Forum “Preservation and development of historical and cultural heritage of Albanians of Ukraine: concerns and ways of their solution”.

International Forum “Preservation and development of historical and cultural heritage of Albanians of Ukraine: concerns and ways of their solution”.

A remarkable event with international status took place in Izmail.  “Izmayl Alban Society Obor Shiptar”(Albanian court) Public Organization was the initiator and the organizer of the event. It was held at the base of the Izmail State University of Humanities with the support of “Bessarabia Development Center” Public Organization and its founder Mr. Victor Kurtiev.

The Forum was held in the University conference hall. The hostesses and the organizers were represented by the Rector of Izmail University of Humanities, Professor Yaroslav Kichuk, the Vice-rector for Scientific and Pedagogical Work, Professor Lilia Gypirenko, the Chairman of the Izmail Albanian Community “Obor Shiptar” Ilya Rusinsky. The event was hosted by the member of the Albanian organization, Candidate of Philological Sciences, Associate Professor, Mrs. Lilia Fomina.

The Forum was attended by the Consul of the Republic of Albania in Ukraine, Mr. Shakhin Omarov (Kharkiv), representatives of the delegation from the village of Karakurt, the Head of “Relindi” Albanian national cultural organization Mr.  Rodion Pandar, a member of the board of the Union of Albanians of Ukraine, Mr. Rodion Dermentli (Odessa) Izmail State University of Humanities researchers, as well as activists of the Albanian Ismail organization.

After salutation from the hosts and guests of the Forum, a number of presentations were made highlighting the activities of the Albanian Diaspora in Ukraine in preserving the language and culture, and the problems of this process were presented. The main part of the event was the discussion of all possible options and prospects for interaction between the Albanians of Ukraine and the official structures of the Republic of Albania in the direction of cultural exchange, the establishment of twinning links between settlements, training in Albania in the field of entrepreneurship, founding the Fund for Support of the Diaspora, creation of museum facilities, study of the literary Albanian language.

A separate cluster was about the University. As a result of the work of the Forum, it was decided to open an Albanian cultural centre at Izmail State University of Humanities. New projects have already been presented in the sphere of education and development of the distinctive culture of Albanians in the multi-ethnic environment of the Ukrainian Danube Region. This is the development of the first Ukrainian-Albanian dictionary, the creation of a digital phonography for the preservation of the unique dialect of the Albanian village of Karakurt, the organization of summer camps for the youth. At the University, it is planned to arrange for new subjects in the history of Albanians in Ukraine and the Albanian language, to publish the books and a magazine in the culture of Ukrainian Albanians, to open the courses and a Sunday school for people who desire to study the Albanian language.

The second part of the Forum was the celebration of Saint George’s Day on the Izmail embankment of Luca Kapikrian which is annually celebrated on May 6th in Karakurt village. Thanks to the warm sunny weather everyone enjoyed the tasty Albanian national dishes, live folk music and the Traditional Choro on the open air.

Tags
форум
Next article in the section 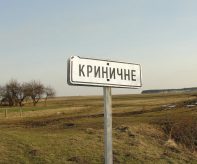 The unique historical and ethnographic museum will be built in Bolgrad District
Comments: 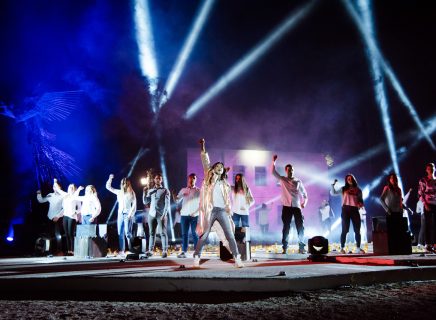