On April 25th, in Chernobyl, Ukraine, there was “Chernobyl: RE:start” large-scale performance  dedicated to the anniversary of the biggest technogenic disaster in the World – the accident at the Chernobyl Nuclear Power Plant. That man-triggered disaster has taught humanity the tragic lesson and given a powerful impetus to the development of renewable energy.

The World Renewable Energy Ambassador, Mrs. Ruslana Lizhichko and the General Director of the “Metropoliya” Group of Companies and the founder of the “Bessarabia Development Centre” Public Organisation, Mr. Victor Kurtiev wee the initiators of the project.

“I’m the founder of the “Bessarabia Development Center”. You may ask: “What does Bessarabia have to do with it?” Bessarabia is a small part of Southern Ukraine where there is no “conventional” power plant: neither nuclear plant nor fossil fuel one. All energy is solar. Bessarabia today represents not 100% renewable energy, but 200%! This is an example the Ukraine can and should follow to. And that is the reason we are here” – the co-organizer of the event Mr. Victor Kurtiev stated.

A special guest from Germany, Mr. Stefan Gzenger (a Member of the Global 100% RE Platform Executive Committee and General Secretary of the World Wind Energy Association (Bonn)) joined the campaign and expressed his support to Ukraine. Ruslana and he have presented participants of the event the certificates of the founder of GLOBAL 100% RE UKRAINE.

“Chernobyl: RE: start” is an insight into the drama of both Ukraine and the whole world. The consequences of that tragedy should become the motivation for development of renewable energy.

As a token of the grateful memory of the human wreck, the participants of the event, on behalf of all the people, laid a wreath at the Star of Wormwood memorial and paid a minute’s tribute of silence to the memory.

“Chernobyl RE: start” art-performance became one of the first steps in implementation of the new two-year project called “Sunrise of Renewable Energy”, the aim of which is the introduction of renewable energy in Ukraine.  Its continuation is coming in the following events of Global 100% RE Ukraine public association.

Tags
global100RE restart viktorkurtiev чернобыль
Next article in the section 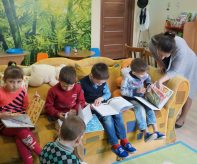 The books presented to an orphan home
Comments: 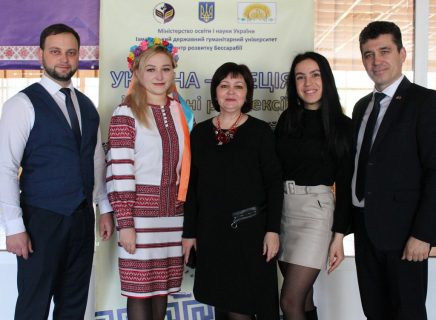