“Place of Power” premiere in Izmail

On the first Sunday of March, in Izmail, “Place of Power” documentary film was twice premiered along with the feature motion pictures in Ukraine Cinema. Both times it was almost sold-out. The film made in 2018, was demonstrated on the day of Bulgaria’s liberation from Ottoman rule.

The film about the bright identity of Krynychnoe village, Bolgrad district, lasted for an hour and a half was made and demonstrated under support of the “Bessarabia Development Center” Public Organization. The premiere of “Place of Power” film in Izmail was the forth one after those taken place in Kiev (Cinema House), Odessa and Krynychnoe village. In our town, the film was shown in response to the demand of those people who were born in Krynychnoe village but moved to Izmail and those who, due to circumstances, had not watched it before.

Children, elders, interested spectators, those who knew nothing about the film, villagers, people of purely urban origin, Bulgarians of ethnic origin and representatives of other nationalities gathered in the hall.

Before starting the film, its author, Mrs. Tatiana Stanieva briefly and emotionally told the audience about her personal national identity and stressed on importance for everyone not to be lost but to keep uniqueness in today’s globalized world.

The benefactor and the inspiration of the “Place of Power” film project, Mr. Victor Kurtiev emphasized that similar projects will be realized in the future. Their purpose is to show the world who we are, demonstrate our uniqueness and create the history our children can be proud of.

While watching the film people were alive to the pictures they observed on the screen and left the hall lost in their thoughts, since the idea of the film was about the need for each present and succeeding generation to keep in mind its roots and maintain the ancestral traditions whatever ethnic origin people is.

There was no one disappointed in the film. After both premiers the audience applauded for the creators. The young spectators were deeply impressed with the facts demonstrated. As for the adults, many of them found the answers to the questions they were concerned with and felt a sense of belonging to the past. The consciousness of every elderly person was filled with nostalgia, reminiscence and hope. 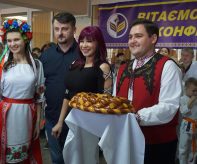 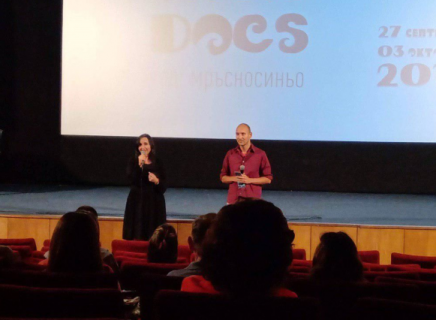