Prizes for students of Izmail University

The students of the Pedagogical Faculty of Izmail State University for the Humanities, namely, Yuri Zakhareev and Valeria Symonkina-Zlatova were awarded by “Bessarabia Development Center” NGO (Mr. Victor Kurtiev is the co-founder) for their impressive sports achievements.

The boxer from Andreevka village, Bolgrad-Dnestrovsky District, a student of Izmail State University for the Humanities, Yuri Zakhareev won the golden medal at the Youth Championship of Ukraine which ended in Sofia, the capital of Bolgaria, on 10 September.

During the championship, he made to lose Roman Kudryavets from Lithuania (0:5), Giani Dedić from Germany (0:5) and Emirdjan Mehded from Bulgaria (1:4). In the final, Yuri confidently convinced the judges of his superiority over the Russian boxer, Dmitry Zakharov.

His trainer is the European champion, Mr. Igor Jureskul who is also a graduate of Izmail University.

Among the main triumphators of the fourth final stage of the «Beach Wrestling World Series», which took place in Zagreb on 6 September, there was the Master of Sports of Ukraine of international class, the representative of “Balkani” sports club, a student of Izmail State University for the Humanities, Ms. Valeria Simonkina-Zlatova. Fighting in up to 60 kg weight category, the girl won her fights against the representatives of Slovenia and Portugal, but in the decisive fight she was disheartened to lose to  Famo Tristao from Brazil. As a result Valeria Zlatova became the silver medalist of “Beach wrestling World Series” stage in Zagreb.

Tags
Bessarabia sport
Next article in the section 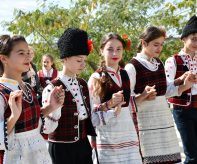 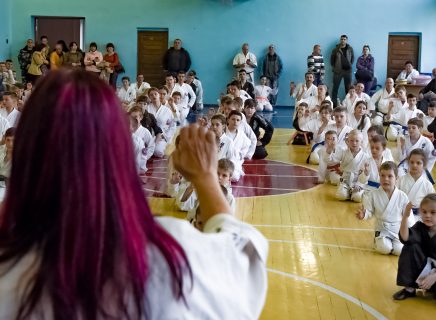